A look into the world of Microsoft Dynamics.

Software changes. It’s the cardinal rule, whether you’re Oracle, Microsoft, or Apple. As a Microsoft partner, we know that the organization is constantly iterating to make their products better for the end user. While it’s important to embrace the spirit of continuous improvement in the digital era, we also recognize that Microsoft has been changing their products a lot lately, including renaming and rebranding these new and improved tools.

Dynamics 365 is a cloud-software model from Microsoft that pulled together an integrated package of CRM, ERP, and business productivity tools under one umbrella. Microsoft has been road tripping toward this end result since about 2001 when they purchased two ERP software packages called GP (Great Plains) and Solomon. In 2002, Microsoft acquired two more ERP software tools called Axapta and NAV (Navision). One year later, these tools were mined and repacked under the Microsoft brand.

Microsoft has been working on these tools ever since, to the applause and critical acclimate of end users and developers.

Released in 2005, Microsoft Dynamics NAV became one of the most popular ERPs globally, handing multiple business functions, including:

NAV was moved to an annual release cycle, with more than a dozen iterations and versions since its launch. Today, there are thousands of companies globally using NAV as an on-premise or cloud solution.

By 2016, Microsoft launched Dynamics 365, a cloud software package that worked well with Outlook, Excel, and other office productivity tools, but also integrated the CRM and ERP functions under one brand. Dynamics 365 uses the power of apps to offer an always-on, scalable product affordable for even the smallest organization.

Within those apps lies the heart of the new Business Central, but there was one more iteration that Microsoft had to trial before announcing the new product. In 2017, the company said they were discontinuing Dynamics 365 Business Edition. At the time, that was one of the top-selling ERPs designed specifically for the small to midsize company. So, what did Microsoft have up their sleeve next?

Here’s an insider’s tip that’s actually common knowledge in IT circles; Microsoft is moving everything to the cloud. The cloud offers the always-on connectivity we crave, as well as higher levels of security, and scalability, which benefit businesses of all sizes. While having digital connectedness on any device has been widely accepted for cloud models, along with infinite scalability, it’s the middle point – security -- that still fosters debate. But Gartner spells it out clearly, “Through 2022, at least 95% of cloud security failures will be the customer’s fault.”

So, now that we know NAV is ready for the Business Central upgrade, what’s the process for transitioning existing customers to this new iteration?

We’ve been fielding calls from existing NAV customers who want to know if they should upgrade from their legacy platform. It’s important to understand that there is only one upgrade left for older on-premise NAV applications, which is expected at the end of this year. Microsoft tells us that NAV 2018 will gradually be phased out, as no new sales are to be expected after January 2019.

For customers ready to make the switch, there are several licensing options, including:

Talk with the IES team about your options. We’re available to help you reap the maximum benefit of your on-premise and cloud Microsoft solutions.

An Inside look at dynamics 365 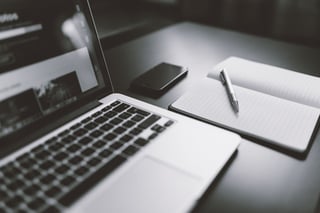 This eBook analyzes Microsoft Dynamics 365 and explains how companies can leverage the new robust platform to accelerate business.

Internet eBusiness Solutions, Inc. is a leading Microsoft Dynamics software reseller and developer based in the Miami and Tampa areas of Florida and operating nationally.